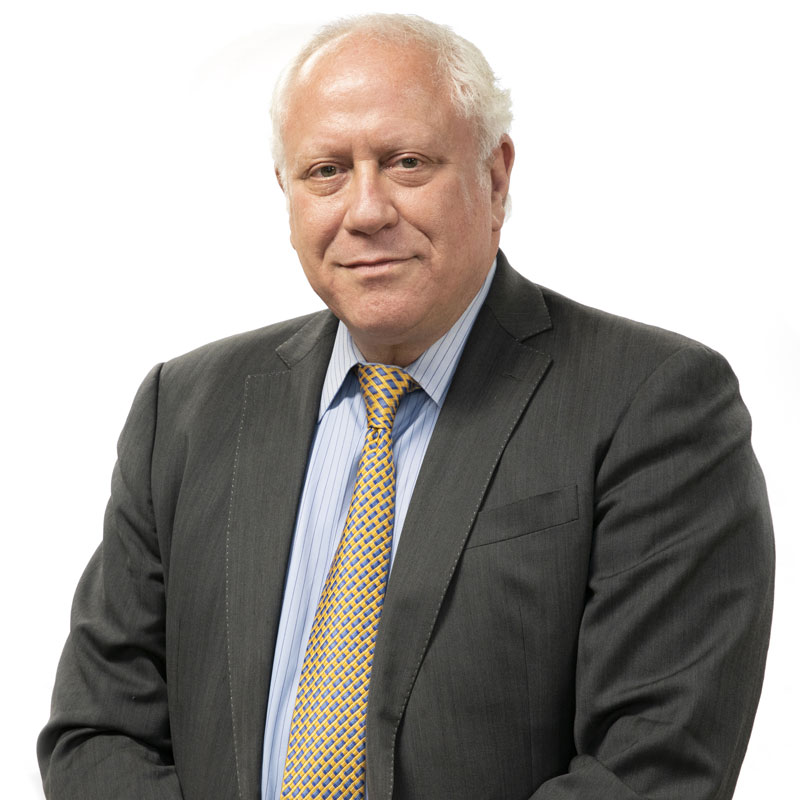 Robert N. Grossbart is Baltimore born and bred. After graduating from Towson University with a B.S. in 1980, he became a Certified Public Accountant in 1984. Shortly thereafter, Robert was accepted by the University of Baltimore School of Law from which he graduated in 1986. In 1987 he was admitted to the bar of Maryland, US Tax Court, US District Court for the District of Maryland, U.S. Court of Appeals for the Fourth Circuit and the Supreme Court of the United States of America. Robert has been practicing in Maryland for 33 years.

In 1995, Robert was voted to Baltimore Magazine Top 115 Lawyers. He was awarded the Maryland Pro Bono Service Award in 2011.

He serves on the Board of Maryland Volunteer Lawyers Service.

"Our firm is unique because of our experience, tenacity and follow-through."

Our experience to date with Robert Grossbart has been excellent. Our bankruptcy case is complex involving multiple legal actions in two states. Robert has provided sound advice and mapped a strategy that will allow us to achieve the maximum protection allowed under the bankruptcy laws. It is clearly apparent that he has a wealth of experience and knowledge concerning the bankruptcy laws.  Robert approach to our situation was one of genuine interest and concern. I would highly recommend him if you are considering bankruptcy as an option.

I have written, and rewritten, this review a dozen times. Because, I can't find words that adequately express the extent of my gratitude for Robert Grossbart. Mr. Grossbart was my bankruptcy attorney in my Chapter 7 bankruptcy case. Mr. Grossbart is incredibly empathetic, kind and ethical, which in my unfortunate experience with the legal system, are qualities that are lacking in many other attorneys. Without going into the painful details, my bankruptcy and the years-long prolonged litigation stemmed from extraordinarily traumatic life circumstances. Mr. Grossbart believed me, supported me, and advocated for me....

Robert and team have exceptional knowledge of mortgage servicing regulations. But where they rise above all others is their superior understanding of the inner workings of mortgage companies' day-to-day operations. Take it from someone with 38 years working in the mortgage business. There is no one better.

Thank you Mr. Grossbart, your staff Morgan, Mr. Porteny and Deborah. It was just opening up my mouth to let someone know I needed professional assistance to get me out of the rut I was in. I was referred by a friend, client that spoke so highly of Mr.Grossbart and his expertise in his professionalism which I found to be exactly true. I walked into his office in despair and when I left, I was re-assured life could be better.

Mr. Robert Grossbart is not only the best Lawyer I have ever met, he is one of the finest people I have met. From the first meeting he handled every legal detail and explained everything perfectly. His legal advice and actions changed out lives. I would strongly recommend Mr. Grossbart to anyone who needs a Lawyer.

Robert Grossbart has been an invaluable and selfless resource for me and my family. He has continued to reach out well after needing his services and offer valuable insight. He has shown that he greatly cares about his clients and ensures that they make great decisions that will in turn give his clients a better future, even long after we had the original need for her services. It is obvious that Robert's motivation is not for financial gain, but rather to positively affect the lives of those he comes in contact with in order to make the world a better place. We Highly recommend Mr. Grossbart and trust that he will do everything he can to ensure his client's success.

This was my first time filing bankruptcy and Mr. Grossbart was the exact person for the job. Immediately upon my first visit I felt his sincerity in wanting to help me. His expert knowledge and years of experience is representative of his esteem repetition. Making my bankruptcy process less stressful was a major factor in selecting an attorney since I was already concerned and emotional about the process and positive outcomes. Mr. Grossbart was also consistent in informing me of the step by step process which made me feel at ease, more optimistic and gave a better prospective. I would definitely recommend Mr. Grossbart and his partners without hesitation.

As a client of Mr. Grossbart, I wanted to publicly offer my thanks and gratitude for his representation. After finding myself in financial chaos, I stumbled upon Mr. Grossbart. With his guidance, extensive knowledge, skills and abilities I am beginning to emerge from my financial problems with a hopeful outcome. Mr. Grossbart is extremely firm, compassionate, skilled and knowledgeable. I could not be more pleased and grateful for having his support and expertise regarding my case. I would highly recommend this bankruptcy attorney, to anyone wishing for a successful outcome and new financial beginning.

Mr. Grossbart is knowledgeable, direct and efficient. He knows exactly what to do, how to do it and in a timely manner!

Not sure if bankruptcy is right for you?